Skip to main content
The Meaning of Marriage, Hardcover
By: Timothy Keller
Stock No: WW952473 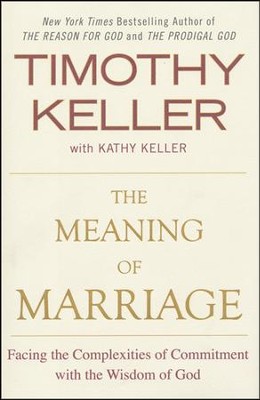 The Meaning of Marriage, Hardcover

▼▲
Are you and your spouse struggling to keep your marriage alive? You'll welcome Pastor Keller's wise insights about love and commitment. Drawing from his sermons, he frankly discusses difficulties couples experience and shows how God's Word can provide a blueprint for a healthy, loving, and lifelong relationship. Perfect for couples, those preparing for marriage, pastors, and counselors. Hardcover.

▼▲
I'm the author/artist and I want to review The Meaning of Marriage, Hardcover.
Back
Back