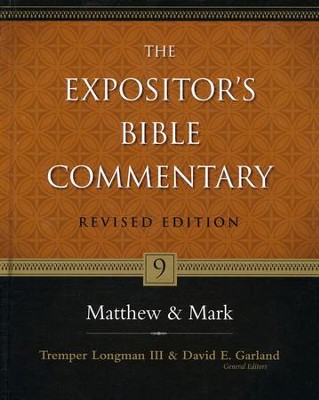 ▼▲
I'm the author/artist and I want to review Matthew & Mark, Revised: The Expositor's Bible Commentary.
Back
Back