Skip to main content
BIBLE SALE OF THE SEASON: Save on over 2,100 Bibles thru 10/26. >
The Masters Indwelling: There Is A Life Of Abundance And Joy - eBook
By: Andrew Murray
Stock No: WW36995EB 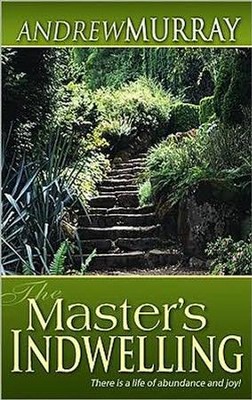 The Masters Indwelling: There Is A Life Of Abundance And Joy - eBook

▼▲
You're living in Christ. But is He living in you? Has he swept and cleared out every cobweb in your life? Or are you tightly gripping the broom yourself? Does His spirit motivate your every thought and action? Or is your Christian walk just a performance, an act that masks the emptiness inside? He's called us to more than a game of charades. He's invited us to taste the truly Christ-filled life. You're already in Christ; now let Him be in you. It's time for The Master's Indwelling.

▼▲
South African pastor and author Andrew Murray, (1828-1917), one of four children was raised in the most remote corner of the world - Graaff-Reinet (near the Cape), South Africa, It was here, after his formal education in Scotland and three years of theological study,in Holland, that Andrew Murray returned as a missionary and minister. Murray's first appointment was to a remote and unattractive territory of nearly 50,000 square miles and 12,000 people.

In 1873, he helped to establish the Huguenot Seminary for girls. He also served as the first president of the Young Men's Christian Fellowship (YMCA).

Not only was Andrew Murray the author of over 240 books, he was also a man of great prayer. He began writing on the "deeper Christian life" - a favorite subject for Murray - for his congregation as an extension of his local pastoral work, but he became internationally known for his books, such as With Christ in the School of Prayerand Abide in Christ, that searched men's hearts and brought them into a deep relationship with Christ. Writing with an intensity of purpose and zeal for the message of the Gospel, Murray wrote numerous books even after his retirement at age seventy-eight. .- Publisher.

▼▲
I'm the author/artist and I want to review The Masters Indwelling: There Is A Life Of Abundance And Joy - eBook.
Back
Back