BIG SUMMER BLOWOUT: 3 Days Only! Save up to 90% thru Wednesday. Shop now >
Mary Slessor
By: Janet Benge, Geoff Benge 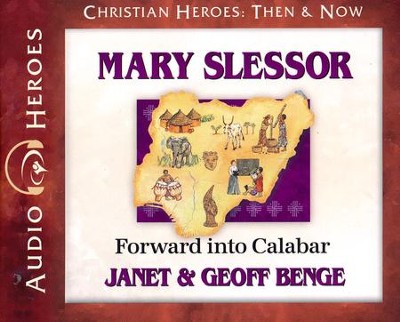 God would indeed answer the prayer of the fiery, red-haired woman from Scotland. For thirty-nine years, Mary Slessor would labor in love among the unreached, often treacherous, tribes of Africa's Calabar region. Braving sickness, danger and death on all sides, Mary became the cherished "White Ma" to entire tribes. Her faith, steadfastness, and pioneering spirit brought her beloved adopted people their first brilliant contrasting example of the life and freedom found in Jesus Christ. For ages 10 and up.

▼▲
I'm the author/artist and I want to review Mary Slessor.
Back
×
Back
×