Shipment delay - click here for more details
Mary Magdalene: The Image of a Woman Through the Centuries
By: Linda Maloney 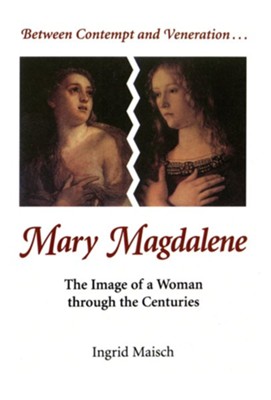 Mary Magdalene: The Image of a Woman Through the Centuries

▼▲
Mary Magdalene, despised as a sinner, venerated as a saint, admired as someone who breaks every taboo. There is probably no other female figure in history whose image has been so strongly influenced by the culture and the history of past European centuries, whether in literature, the theater, opera or more recently in films. Ingrid Maisch leads her readers through those centuries, developing the images of Mary Magdalene current in each era and shows that she is always a bellwether for the image of women at a particular time.

No other female image has been so strongly influenced by the culture and history of past European centuries as Mary Magdalene. From ancient times to the present, Mary Magdalene has been a summary image of the feminine in each era. Despised as a sinner, revered as a saint, admired as a model disciple, Mary Magdalene became the symbol of all women whose fate she shared throughout history: honored, defamed, pushed to the margins, elevated to unreality, and degraded.

Ingrid Maisch examines Mary Magdalene's life from the perspectives of the biblical witnesses through Christian Gnosticism, the early Church interpreters, the Middle Ages to the present. She shows that while the biblical Mary Magdalene still had a leading role in the Jesus movement, in the Middle Ages she gradually became a saint held up to console sin-conscious Christians. In the Reformation and the baroque era, she was seen primarily as a penitent, then as an image of melancholy and resignation. Bourgeois modernity adopted the secularized figure of the Magdalene as a tool for social criticism, especially regarding the treatment of women. In recent decades critical exegesis of the biblical texts and feminist theology revealed another image of Mary Magdalene: the first witness of the Resurrection.

Mary Magdalene is one of the great women of the Bible, yet attitudes toward her in the Church and in art, history, and society have wavered between veneration of her as a saint and curiosity about her sinful" past. In Mary Magdalene Ingrid Maisch stresses that reflecting on Mary Magdalene means not only looking behind the history of the influence of the woman from Magdala but also inquiring about women in general, for the image of Mary Magdalene in every era is an indicator of the image borne by women at the time.

▼▲
The study is a good example of the fruits of good contemporary biblical research and of the value of feminist interpretation and theological methodology.
The Vidyajyoti Journal

▼▲
I'm the author/artist and I want to review Mary Magdalene: The Image of a Woman Through the Centuries.
Back
×