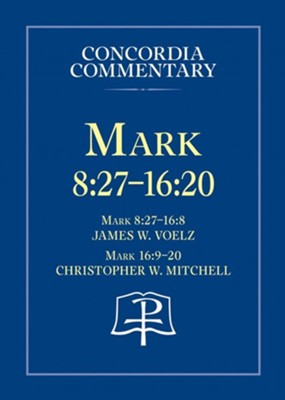 This second and final commentary on the Gospel of Mark, covering verses 8:27–16:20, details the revelation of who the Christ is, the fate of the revealed Christ played out, His appearances to His disciples, the sending of the apostles, and Christ’s ascension.

Special attention is given to the ending of Mark’s Gospel. The early church father Eusebius, who was tasked by Emperor Constantine with assembling copies of the Sacred Scriptures for the new churches in Constantinople in the early fourth century AD, offers strong evidence that up until that time the majority of New Testament manuscripts ended with the statement regarding the women “for they were afraid,” i.e., at 16:8. But the so-called “long ending,” what we know as 16:9–20, was known to him, and in subsequent centuries it achieved total dominance as the conclusion to the Second Gospel, thus appearing in the English text of the KJV. To respect this longstanding tradition, the editors have concluded this volume with textual notes and commentary on these final twelve verses.