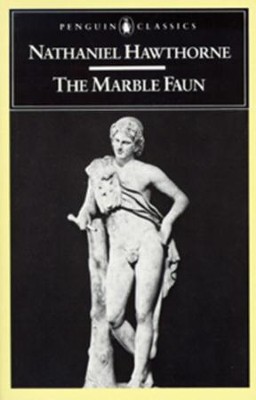 The Marble Faun: or, The Romance of Monte Beni - eBook

▼▲
Hawthorne’s final novel is a provocative look at American artists abroad and a groundbreaking exploration of the influence of European thought on American morality that anticipates the work of Henry James, F. Scott Fitzgerald, and Ernest Hemingway, among others. The story of the mysterious, tormented Miriam, her friends Kenyon and Hilda, their alluring Italian acquaintance, the faunlike Donatello, and the crime that irrevocably links them all is, says Peter Robb, “a surprising drama, one that recalls nothing so much as American noir of a hundred years later . . . driven by the powerful and unfaltering engines of sex and violence.”

This Modern Library Paperback Classic uses the definitive text as prepared for The Centenary Edition of the Works of Nathaniel Hawthorne.

▼▲
Peter Robb is the author of Midnight in Sicily and M: The Man Who Became Caravaggio. He lives in Sydney.

▼▲
“Describ[es] Rome and Italian scenes as few others have.” —Anthony Trollope

▼▲
I'm the author/artist and I want to review The Marble Faun: or, The Romance of Monte Beni - eBook.
Back
×
Back
×