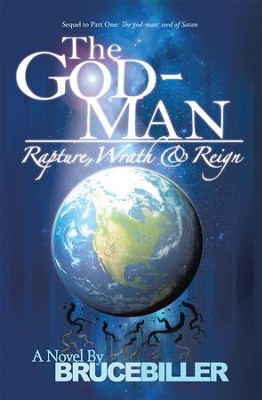 The world is astonished by the resurrection of the brilliant Antichrist, the murdered tyrant who ruled the global community with an iron fist. Now empowered by Lucifer, once the guardian of Gods throne, the vengeful dictator and his miracle-working prophet begin the systematic destruction of their enemies.

In this chaotic maelstrom, the God-fearers bravely refuse to give allegiance to a new world order that is diametrically opposed to their beliefs. The ageless battle for the hearts and souls of mankind is waged in every nation on earth, and a multitude of God-fearers are punished for their mutinous stand by imprisonment, torture, and death.


Cosmic disturbance dramatically announces the coming day of the Lord. Suddenly, millions vanish in the twinkling of an eye, prompting the Antichrist to boast of victory over his enemies. Ironically, the sudden disappearance enrages earths inhabitants, already maddened by events that are beyond their control. Simultaneously, God begins to pour out his wrath upon the earth in a series of judgments that devastate the planet.

But before the disappearance, the torch is passed to a chosen number of Jews. They, along with a new generation of believers, boldly proclaim the message of Jesus until he gloriously returns to the land of his birth. There, in the sands of the Middle East, Christ defeats the evil Antichrist and his followers as he prepares to reign over his temporal kingdom on earth.

▼▲
I'm the author/artist and I want to review The God-Man: Rapture, Wrath, and Reign - eBook.
Back
×
Back
×