Shipment delay - click here for more details
The Making of Modern English Theology: God and the Academy at Oxford, 1833-1945
By: Daniel Inman 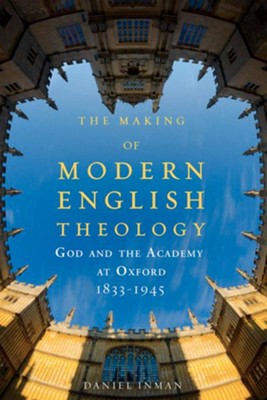 The Making of Modern English Theology: God and the Academy at Oxford, 1833-1945

▼▲
The Making of Modern English Theology is the first historical account of theology's modern institutional origins in the United Kingdom. Having avoided the revolutionary upheaval experienced by continental institutions and free from any constitutional separation of church and state, English theologians were granted a relative freedom to develop their discipline in a fashion distinctive from other European and North American institutions.

This book explores how Oxford theology, from the beginnings of the Tractarian movement until the end of the Second World War, both influenced and responded to the reform of the university. Neither becoming unbendingly confessional nor reduced to the secular study of religion, the Oxford faculty instead emerged as an important ecumenical body, rooted in the life and practice of the English churches, whilst still being located in the heart of a globally influential research university as a department of the humanities. This is an institutional history of reaction and radicalism, animosity and imagination, and explores the complex and shifting interactions between church, nation, and academy that have defined theological life in England since the early nineteenth century.