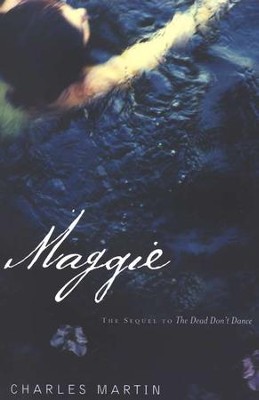 ▼▲
In this emotionally powerful sequel to the Christy Award finalist The Dead Don't Dance, Maggie wakes up from a coma, and she and Dylan must struggle to put the pieces of their lives back together. Will their love and faith in God be enough to sustain them in the midst of bewildering loss? 320 pages, softcover from WestBow.

USA TODAY bestseller from the author of The Mountain Between Us, now a major motion picture!

"When Maggie opened her eyes that New Year's Day some seventeen months ago, I felt like I could see again. The fog lifted off my soul, and for the first time since our son had died and she had gone to sleep—some four months, sixteen days, eighteen hours, and nineteen minutes earlier—I took a breath deep enough to fill both my lungs."

Life began again for Dylan Styles when his beloved wife Maggie awoke from a coma. A coma brought on by the intense two-day labor that resulted in heartbreaking loss. In this poignant love story that is redolent with Southern atmosphere, Dylan and Maggie must come to terms with their past before they can embrace their future.

Charles Martin is a New York Times and USA Today bestselling author of thirteen novels. He and his wife, Christy, live in Jacksonville, Florida.

▼▲
Fans of Martin's Christy-nominated debut novel, The Dead Don't Dance (2004), will be delighted to see this somewhat uneven sequel in which Martin picks up the story of Dylan Styles, a farmer and junior college instructor. His long vigil at his comatose wife Maggie's bedside following the stillbirth of their son has ended with her awakening. Now, life in Digger, S.C., is beginning to return to normal or so it seems. Together, Dylan and Maggie try to rebuild a life interrupted, grieve the loss of their son and ponder trying for another baby. But as the couple pick up the pieces of their relationship, tragedies perhaps an overabundance of them are just around the corner. "What makes the broken whole?" Dylan wonders. "How does deep-down pain, interwoven like sinew, come untangled?" Martin's plot twists, including one involving Pastor John's past that comes back to haunt him and the people he cares for, may seem like a distraction from the stronger theme of Maggie and Dylan's own struggles in taking their marriage forward. One of Martin's many strengths is in his rich portrayals of people, but he has a penchant for overusing similes, and his often beautiful writing sometimes needs to be tightened. The ending laudably offers hope and redemption without too-neat resolution. (Sept. 12) Copyright 2006 Reed Business Information.

▼▲
I'm the author/artist and I want to review Maggie.
Back
×
Back
×