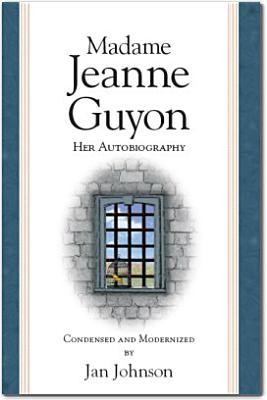 ▼▲
JEANNE GUYON is Christianity's best-known and most influential woman in church history. Her autobiography has moved the hearts of believers for three centuries. Even today, she is one of the greatest figures of French history.

Guyon is revered by both Protestants and Catholics as one of the greatest sources of help in a deeper walk with God. Few Christians have experienced the depths of prayer as profoundly as Jeanne-Marie Guyon (1648-1717), a beautiful, wealthy French woman whose prolific writings have remained a treasured legacy of the church.

Guyon's influence reached the court of Louis XIV. Jealousy ensued, and she was imprisoned in the infamous Bastille. Indeed, for most of her life she suffered persecution and endured imprisonment at the hands of the church, primarily because she believed all Christians could have a rich life of prayer. Perhaps John Wesley summed it up best: "Guyon is the greatest Christian to rise since the first century."

▼▲
I'm the author/artist and I want to review Madame Jeanne Guyon: Her Autobiography.
Back
×