Lukewarm - eBook
By: Will Montgomery 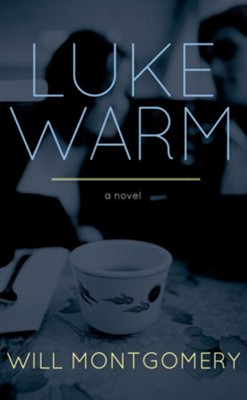 By: Will Montgomery
Ambassador International / 2013 / ePub
Write a Review
In Stock
Stock No: WW36660EB

▼▲
Lukewarm is an apprehensive adventure that takes place in Nashville, Tennessee through relationships seen via the eyes of freelance writer Luke Jennings, his actor/waiter roommate/best friend Blair (B) and his song-writing sister Harvi. Although Lukes love life starts out as the least promising, he has the most developed philosophies and rules on friendship, dating and other interactions between genders. B is dating a beautiful model with little to offer in the pleasant personality department and Luke pulls no punches in reminding B of that at every turn. Harvi has been dating a fame-seeking musician for 18 months that has stopped treating her well and Luke doesnt waste any opportunities to encourage her to move on. Luke wades through awkward waters with an ex-girlfriend, ring shopping with his dream girl (whos in love with another man) and begins dating a Facebook crush. When B gets a part in a major motion picture and Harvis boyfriend shows her who he really is, hearts are changed and eyes are opened to new possibilities. Throughout these experiences, Luke fills the reader (and his friends) in on his astutely accurate discoveries on human behavior and post-modern love.

▼▲
I'm the author/artist and I want to review Lukewarm - eBook.
Back
×
Back
×