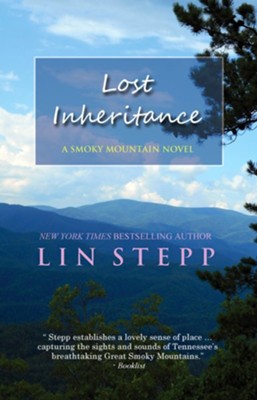 It was a comedown for Emily Lamont to arrive at the small mountain gallery in Gatlinburg after running the prestigious Newman Gallery for so many years. Still, it wasn't as though she had many other options. The Newmans never made a clear will leaving her the gallery, although they meant to. With the Newmans' only nephew inheriting their property, and the gallery, Emily felt moving to Gatlinburg to manage the Creekside Gallery her only option. Now she simply needed to make the best of it, including banging heads with the man who felt his mother should have inherited the gallery instead of her.

Garrison Log Homes owner, Cooper Garrison, felt bitter when the Creekside Gallery changed hands without his mother getting an option to buy it. She'd managed the gallery since he was a boy, and now some woman, not even a relative of the Newmans, had inherited it. Grudgingly, Cooper agrees to fix up the apartment above the gallery for the new owner, but when she arrives, she is not at all what Cooper expects. Despite being attracted to her, problems from the past keep Cooper running from a deeper relationship. When an unexpected event sends Emily back to Philadelphia, Cooper is forced, at last, to examine his heart.

▼▲
I'm the author/artist and I want to review Lost Inheritance.
Back