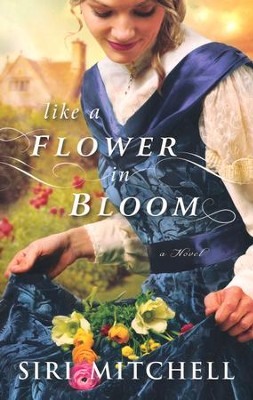 ▼▲
For years Charlotte Withersby has worked as an assistant to her father, an eminent English botanist. As she approaches the old age of twenty-four, her father pushes her out into society, swayed by an uncle who believes God's only two roles for women are marriage and motherhood. When one of the Withersbys' colonial correspondents, Edward Trimble, returns to England, he's drafted as the new assistant so Charlotte is free to marry. This suits Edward's plans quite well, since the last thing he wants to do is reunite with the family he is ashamed to call his own.

Though Edward proves himself vexingly capable on the job, Charlotte won't surrender the job without a fight, and schemes with her best friend to regain her position. Perhaps if a proposal seems imminent, Charlotte's father will see his error and ask her to return. Charlotte tries to make headway in her town's social life, but reveals herself to be unaware of all the intricacies of polite society. Though Edward pitches in, tutoring her in society's expectations, she just seems to make things worse. And the more she comes to know of her father's assistant, the more trouble she has imagining life without him. Caught in a trap of her own making and seeing the hopelessness of her prospects, will Charlotte get to keep her work or will she have to cede her heart?

▼▲
He Stole the Work She Loved.
Will She Let Him Steal Her Heart as Well?

It's all her uncle's fault. For years Charlotte Withersby has been free to pursue her love of plants and flowers by assisting her botanist father. But now that she's reached the old age of twenty-two, an intrusive uncle has convinced her father that Charlotte's future--the only proper future for a woman--is to be a wife and mother, not a scholar.

Her father is so dependent on her assistance that Charlotte believes he'll soon change his mind...and then Edward Trimble shows up. A long-time botany correspondent in the South Pacific, Trimble arrives ready to step in as assistant so that Charlotte can step out into proper society--a world that baffles her with its unwritten rules, inexplicable expectations, and confounding fashion.

Things aren't perfectly smooth between Trimble and her father, so Charlotte hatches a last gasp plan. She'll pretend such an interest in marriage that the thought of losing her will make her father welcome her back. Only things go quickly awry, and she realizes that the one man who recognizes her intelligence is also the person she's most angry with: Edward Trimble, her supposed rival. Suddenly juggling more suitors than she knows what to do with, Charlotte is caught in a trap of her own making. Will she have no choice but to leave her beloved flowers behind?

▼▲
Siri Mitchell has written nearly a dozen novels, three of which were named Christy Award finalists. A graduate of the University of Washington with a business degree, she has worked in many levels of government and lived on three continents. She and her family currently reside in the D.C. metro area. Learn more at www.sirimitchell.com.

▼▲
I'm the author/artist and I want to review Like a Flower in Bloom.
Back
×
Back
×