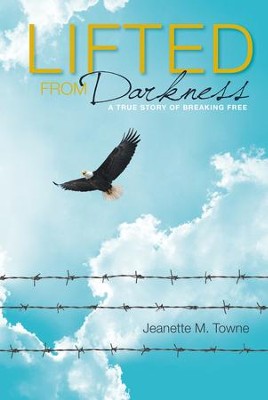 On the outside, Alexa lived the life of a cheerful married woman whose entire life seemed poised for greatness. On the inside, she continued to hide the shadowy secret of a splintered world of torture that she endured for ten years at the hands of the man whose lies she believed.

When she first met Jim, she was nineteen years old. Immediately captured by his charming personality, Alexa began an ardent love affair with him. What originated as controlling emotional abuse developed into a traumatic depiction of physical and psychological violence, illustrating the intense complexities of love and fury, passion and brutality.

In this touching work of inspiration, Alexa reveals the entangled suffering and sadistic manipulation experienced by living with an abuser, and carries you with her through the shocking events that led to her escape from the chasm of fear and intimidation. Along the way, Alexa exposes the heartbreaking effects domestic violence played on her identity as she moved toward true healing and a life of personal fulfillment and success with a faithful trust in God.

▼▲
I'm the author/artist and I want to review Lifted From Darkness - eBook.
Back
×
Back
×