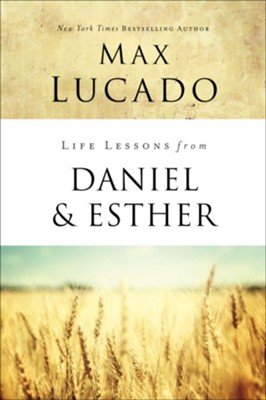 Life Lessons from Daniel and Esther

Daniel was one of the captives carried away by the Babylonians. He lived in a culture opposed to God, but because he was faithful to the Lord, he was able to influence kings and rulers.

Esther lived in exile during the time of the Persian Empire. Placed in an influential position as Queen, she was able to stop a plot against her people and save the Jewish race was from annihilation.

Staying faithful when the pressure was most intense. That’s what these two did.

The Jewish people had reason to be depressed. Their nation had been conquered. Their hometown was in ruins. They were living in captivity. Yet from the ashes, God raised up two key figures to preserve the Jewish race.

Daniel was among the first of the captives carried away by the Babylonians. Although he lived in a culture opposed to God, he was always faithful to the Lord – even in the face of death – and ultimately was able to influence kings and rulers. Esther was in exile during the time of the Persian Empire. Like Daniel, the Lord also placed her in a position to influence those in power. God also called her to step out in faith and risk her life to foil a plot against her people. As a result of her bold actions, the entire Jewish race was saved from annihilation.

As you read, study, journal, and discuss the books of Daniel and Esther, watch for these key themes that Max will unpack throughout the book:

The Life Lessons with Max Lucado series brings the Bible to life in twelve lessons filled with intriguing questions, inspirational stories, and poignant reflections to take you deeper into God's Word. Each lesson includes:

The Life Lessons series is ideal for use in both a small-group setting or for individual study.

Since entering the ministry in 1978, Max Lucado has served churches in Miami, Florida; Rio de Janeiro, Brazil; and San Antonio, Texas. He currently serves as Teaching Minister of Oak Hills Church in San Antonio. He is the recipient of the 2021 ECPA Pinnacle Award for his outstanding contribution to the publishing industry and society at large. He is America’s bestselling inspirational author with more than 145 million products in print.

▼▲
I'm the author/artist and I want to review Life Lessons from Daniel and Esther.
Back
Back