C.S. Lewis Vs. the New Athiests-eBook
By: Peter S. Williams 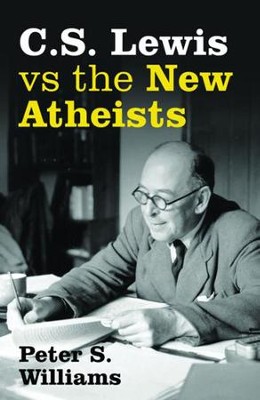 C.S. Lewis Vs. the New Athiests-eBook

▼▲
The book will counter the 'new atheist' movement using the arguments of C.S. Lewis, thereby appealing to readers interested in both loci and showing that there is nothing especially 'new' about the new atheism.
How might C.S. Lewis, the greatest Christian apologist of the twentieth century, respond to the twenty-first century 'new atheism' of Richard Dawkins, Christopher Hitchens and company? Might Lewis' own journey from atheism to Christian belief illuminate and undercut the objections of the new atheists? Christian philosopher Peter S. Williams takes us on an intellectual journey through Lewis' conversion in conversation with today's anti-theists.
'This book shows the breadth, depth, and durability of Lewis's Christian apologetics.' Michael Ward, chaplain at St Peter's College, Oxford

▼▲
Peter S. Williams (MA, MPhil) is a philosopher and apologist with several books to his name and a particular expertise in working with students. In addition to working with the Damaris Trust, Peter is Assistant Professor in Communication and Worldviews at Gimlekollen School of Journalism and Communication in Norway.

▼▲
I'm the author/artist and I want to review C.S. Lewis Vs. the New Athiests-eBook.
Back
×
Back
×