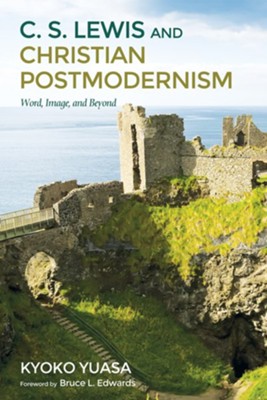 C.S. Lewis and Christian Postmodernism: Word, Image, and Beyond - eBook

▼▲
Employing a postmodernist literary approach, this book identifies C. S. Lewis both as an antimodernist and as a Christian postmodernist who tells the story of the gospel to twentieth- and twenty-first-century readers. Lewis is popularly known as an able Christian apologetic writer, talented in explaining Christian beliefs in simple, logical terms. But his fictional works feature expressions that erect ambiguous borders between nonfiction and fiction, an approach equivalent to those typical in postmodernist literature. Whereas postmodernist literature is full of many small micronarratives that deconstruct the Great Story, Lewis's fictional world is the reverse of this: in his world, multiple and small stories are chosen, but they also ultimately express the Story that transcends human understanding. Lewis's approach reflects both his opposition to modernist philosophy, which embraces solidified interpretation, and his criticism of modernized Christianity. Lewis's fictional works focus on the history of interpretation and, deconstructing interpretations of the previous age, seek a new model for interpretation. Both C. S. Lewis and postmodern writers force us to choose between alternative interpretations.

▼▲
Kyoko Yuasa is Lecturer of English Literature at Fuji Women's University and Hokkaido Musashi Women's College. She is the Japanese translator of Bruce L. Edwards's A Rhetoric of Reading: C. S. Lewis's Defense of Western Literacy (2007).

▼▲
I'm the author/artist and I want to review C.S. Lewis and Christian Postmodernism: Word, Image, and Beyond - eBook.
Back
Back