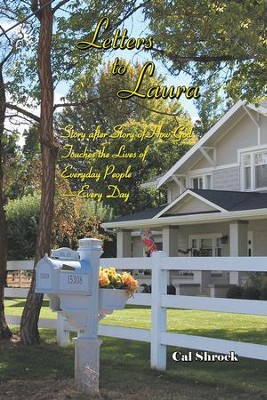 Letters to Laura: Story after Story of How God Touches the Lives of Everyday PeopleEvery Day - eBook

Letters to Laura started as a single letter telling how God saved a life, but the letters continued, becoming a series of stories of survival that amazed even the author. Cal has survived a garage door blowing off the wall, near electrocution, wild rides as a hitchhiker, escape from being run down in traffic, an encounter with a wild badger, and moremore than he had realized until writing these letters to Laura. Cal shares his candid conversations with a God who gets involved. He gets mad at God, apologizes, asks favors, and confides, expecting a responseyet finding the unexpected.

Each letter is one or more stories of deliverance, humiliation, success, wonder, or sobering reality. Cal is honest as he reconstructs what really happened, yet is completely amazed at how carefully God has guided and guarded his life, all his life. I should not be here. I just wanted to encourage Laura, but these letters have encouraged me. I had not realized how many times my life has been saved, is his wondering discovery.

▼▲
I'm the author/artist and I want to review Letters to Laura: Story after Story of How God Touches the Lives of Everyday PeopleEvery Day - eBook.
Back
×
Back
×