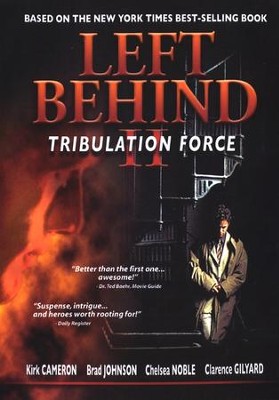 ▼▲
Millions of people vanish, and a desperate world turns to U.N. president Nicolae Carpathia for leadership. Soon he has the entire planet under his command, but a small group called the Tribulation Force knows who he really is. Can they get the word out and stop Carpathia's evil madness? The thrilling sequel to Left Behind: The Movie! 94 minutes. Closed-captioned.

▼▲
I'm the author/artist and I want to review Left Behind II: Tribulation Force, DVD.
Back
×
Back
×