Skip to main content
SPRING CYBER SALE: The sale you've been waiting for! Up to 85% off through 5/25>
King Lear
By: William Shakespeare
Stock No: WW621920 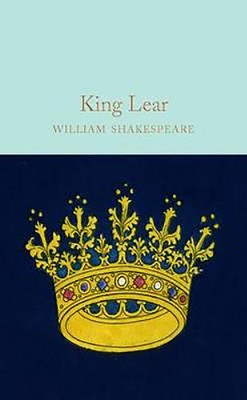 The acclaimed Pelican Shakespeare series, now in a dazzling new series design in time for the 400th anniversary of the Bard s death.

The legendary Pelican Shakespeare series features authoritative and meticulously researched texts paired with scholarship by renowned Shakespeareans. Each book includes an essay on the theatrical world of Shakespeare s time, an introduction to the individual play, and a detailed note on the text used. Updated by general editors Stephen Orgel and A. R. Braunmuller, these easy-to-read editions incorporate over thirty years of Shakespeare scholarship undertaken since the original series, edited by Alfred Harbage, appeared between 1956 and 1967. With stunning new covers, definitive texts, and illuminating essays, the Pelican Shakespeare will remain a valued resource for students, teachers, and theater professionals for many years to come.

This edition of "King Lear" presents a conflated text, combining the 1608 Quarto and 1623 Folio Texts, edited with an introduction by series editor Stephen Orgel. For more than sixty-five years, Penguin has been the leading publisher of classic literature in the English-speaking world. With more than 1,500titles, Penguin Classics represents a global bookshelf of the best works throughout history and across genres and disciplines. Readers trust the series to provide authoritative texts enhanced by introductions and notes by distinguished scholars and contemporary authors, as well as up-to-date translations by award-winning translators."

An ageing king makes a capricious decision to divide his realm among his three daughters according to the love they express for him. When the youngest daughter refuses to take part in this charade, she is banished, leaving the king dependent on her manipulative and untrustworthy sisters. In the scheming and recriminations that follow, not only does the king's own sanity crumble, but the stability of the realm itself is also threatened.

Illustrated throughout by Sir John Gilbert (1817-1897), famous for his depictions of historical scenes; as well as Shakespeare, he illustrated works of Sir Walter Scott, Cervantes, Wilkie Collins and Wordsworth.

With an Introduction by Dr Robert Mighall.

▼▲
William Shakespeare was born in Stratford-upon-Avon, Warwickshire, in 1564. The date of his birth is not known but is traditionally 23 April, St George's Day. Aged 18, he married a Stratford farmer's daughter, Anne Hathaway. They had three children. Around 1585 William joined an acting troupe on tour in Stratford from London, and thereafter spent much of his life in the capital. A member of the leading theatre group in London, the Chamberlain's Men, which built the Globe Theatre and frequently performed in front of Queen Elizabeth I, Shakespeare wrote 36 plays and much poetry besides. He died in 1616.

▼▲
I'm the author/artist and I want to review King Lear.
Back