Skip to main content
CYBER WEEK SALE! Spot great deals up to 88% off. >
King Arthur and His Knights of the Round Table
By: Roger Lancelyn Green
Stock No: WW321010 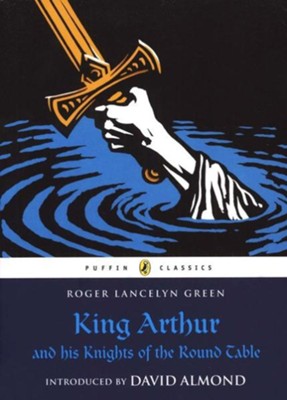 King Arthur and His Knights of the Round Table

▼▲
King Arthur is one of the greatest legends of all time. From the magical moment when Arthur releases the sword in the stone to the quest for the Holy Grail and the final tragedy of the Last Battle, Roger Lancelyn Green brings the enchanting world of King Arthur stunningly to life. This volume includes an inspiring introduction by David Almond, award-winning author of Clay, Skellig, Kit's Wilderness, and The Fire-Eaters. Recommended for ages 8 and up.

▼▲
They're Puffin Classics for a reason, it's because they're the best.

Step up to the Round Table and join the knights of the Realm!

▼▲
Roger Lancelyn Green was born in 1918 and lived in Oxford and at his family home in Cheshire, which the Greens had owned for more than 900 years. He loved storytelling and was fascinated by traditional fairy tales, myths and legends from around the world. He was a professional actor, a librarian and a teacher. His retellings include Egyptian, Greek and Norse legends, plus a retelling of Robin Hood. He also wrote many books for adults, including a biography of his friend C. S. Lewis, creator of the The Chronicles of Narnia. Roger Lancelyn Green died in 1987.

▼▲
I'm the author/artist and I want to review King Arthur and His Knights of the Round Table.
Back
Back