Skip to main content
The Works of That Judicious and Learned Divine Mr. Richard Hooker, Volume 2
Edited By: John Keeble
By: Richard Hooker
Stock No: WW833605 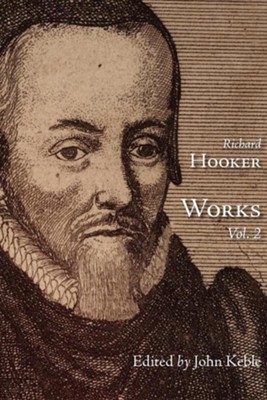 The Works of That Judicious and Learned Divine Mr. Richard Hooker, Volume 2

▼▲
Often credited as being the father of the via media, Richard Hooker was one of the most innovative minds of English Protestantism. Theologians, philosophers, and political thinkers across the spectrum-from John Locke to John Henry Newman-have acknowledged his influence on Western intellectual history.
This classic, three-volume edition of Hooker's works was originally edited and arranged in 1836 by John Keble (1792-1866) of Oriel College, University of Oxford and includes the biographical essay by Hooker's contemporary Isaac Walton (1593-1683).
Richard Hooker (1554-1600) was one of the most influential Anglican priests and theologians of Elizabethan England. Among his many influential works are "Of the Laws of Ecclesiastical Polity" (1593) and "A Learned Discourse of Justification, Works, and How the Foundation of Faith is Overthrown" (1585), both of which are included in this edition of his works. During his lifetime he held numerous teaching and pastoral positions throughout England.

▼▲
I'm the author/artist and I want to review The Works of That Judicious and Learned Divine Mr. Richard Hooker, Volume 2.
Back