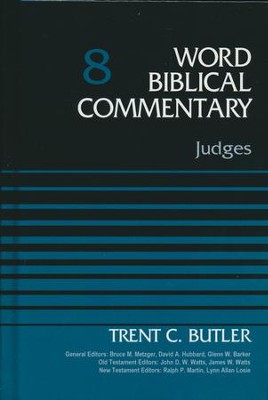 ▼▲
I'm the author/artist and I want to review Judges: Word Biblical Commentary, Volume 8 (Revised) [WBC].
Back
Back