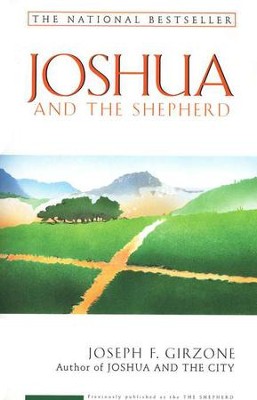 Joshua And The Shepherd, Joshua Series

▼▲
At Bishop David Campbell's consecration, Joshua seems to be just an ordinary man sitting in the last pew. But after Joshua and David meet, David begins proposing far-reaching reforms to change the direction of the church and return Christianity to its founder's simple message. With Joshua as his mentor, David becomes a shepherd---preaching the universal truth of God's love to Catholics, Protestants, Moslems, and Jews. Previously titled The Shepherd. 256 pages.

▼▲
With simple and profound prose, Joseph Girzone bringing to light incredible insights into modern Christianity and adds to his bestselling series with the story of the revolutionary Joshua in a contemporary setting.

It is the end of a bitter cold winter. A crowd of people files into a cathedral to celebrate the consecration of a new bishop—a good man, they think, strict in doctrine but capable of compassion. A man of tradition, not of reform. A “company man.” His name is David Campbell.

And sitting in the last pew of the cathedral is a clean-shaven man of ordinary build, with gentle hazel eyes. His name is Joshua.

Within twenty-four hours of his first encounter with Joshua, David Campbell will propose the most far-reaching reforms in a millennium, reforms to destroy sectarian barriers, reforms to change the direction of the church, reforms to return Christianity to its founders with a simple message. With Joshua as his mentor, David Campbell—the Shepherd—preaches to Catholics, Protestants, Muslims, and Jews of the universal truth of God’s love. It is a message that changes everyone it touches. And no one who reads Joshua and the Shepherd will ever forget it.

▼▲
Joseph F. Girzone retired from the active priesthood for health reasons and took up his lifelong dream of writing. He is the author of Joshua; Joshua and the Children; Joshua and the City; Who Will Teach Me; Gloria: A Diary; and Kara, the Lonely Falcon. He lives in Altamont, New York.

▼▲
I'm the author/artist and I want to review Joshua And The Shepherd, Joshua Series.
Back
Back