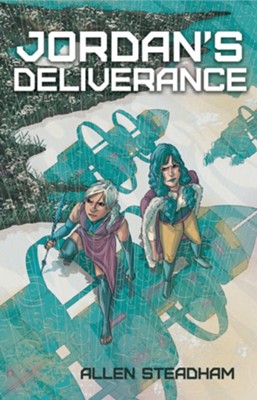 The Onchei want to learn what happened to their brethren on Algoran from the only survivor, Zeetra. Yet they learn instead she has broken the Onchei's highest law: never intermarry or have children with another race. For this, she now faces execution.

Jordan SnowFire fears the Onchei will blame the Mokta and seek retribution soon. Only an ancient heirloom, which contains the ultimate Onchei knowledge, can save the Mokta...except it's on Earth, a world she hasn't seen in decades.

Jordan sends her son, Arrow, and her friend's daughter, Maska, to rescue Zeetra while she travels back to Earth to seek the Onchei artifact. What tie is there between a thousand-year-old object and Jordan's ancestors? Could this explain why she and her mother were originally abducted and brought to Algoran?

In the skies of Algoran, a final confrontation looms between the Onchei and the Mokta. And on Earth, Jordan finds more than she could have possibly imagined.

▼▲
I'm the author/artist and I want to review Jordan's Deliverance.
Back