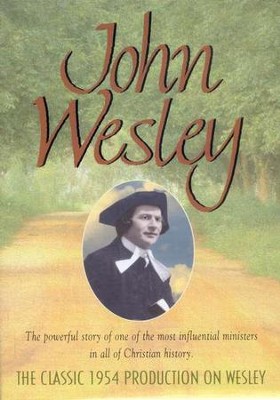 ▼▲
A re-release of the J. Arthur Rank historical classic made in 1954. This cinema drama follows the life of Wesley from when he was saved out of a burning house as a child and thereby marked for life as a "brand from the burning." His Oxford days, a disastrous mission to America, his decisive Aldersgate experience, his bringing the Gospel into the daily lives of alienated masses, the founding of Methodism, and his astounding role in raising the moral and religious climate in 18th century England, and much more are set forth with careful dependence on the historical sources. In color with an approximate running time of 77 minutes.

▼▲
I'm the author/artist and I want to review John Wesley, DVD.
Back
Back