Skip to main content
Get Christmas Ready Sale: Deals on over 1,150 titles thru 9/27.
Jesus Christ and Him Crucified
By: D. Martyn Lloyd-Jones
Stock No: WW51780 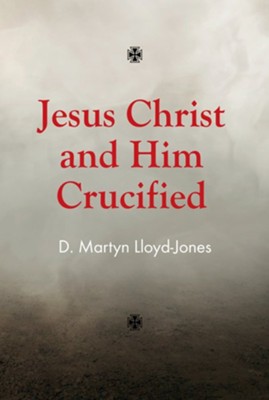 Jesus Christ and Him Crucified

▼▲
Dr. Lloyd-Jones spent the greater part of the turbulent twentieth century in preaching the Word of God. The convictions with which he began his ministry remained with him, and in all this time the message was the same. He preached on the words, "For I determined not to know anything among you, save Jesus Christ, and him crucified" at the commencement of his ministry in 1926, and again, from the same pulpit, in February 1977. So the sermon contained in this booklet is a historic statement. But it is more. It is a persuasive presentation of the unchanging gospel which has brought salvation to people all over the world throughtout the two millennia now ended, and which remains just as vitally relevant as the new millenium begins to unfold.

▼▲
A persuasive presentation of the unchanging gospel.

▼▲
I'm the author/artist and I want to review Jesus Christ and Him Crucified.
Back
Back