Skip to main content
Jesus: According to the Earliest Witness
By: James M. Robinson
Stock No: WW63862X 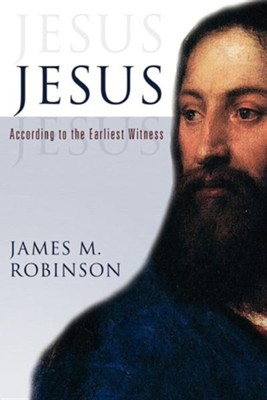 Jesus: According to the Earliest Witness

▼▲
Who was Jesus, really? An eminent scholar of the Sayings Gospel of Q, Robinson probes for insights from what is considered to be the earliest written source behind the Gospels; then explores the trajectories in orthodox Christianity and Gnosticism alike. Includes an assessment of New Testament scholarship in the past 50 years; and a translation of Q. 272 pages, softcover from Fortress.

Who was Jesus, really? In these pages Robinson, one of thepremier scholars of the New Testament and the Sayings GospelQ, asks what we can know of Jesus from what many believe wasthe earliest written source behind the Gospels. Surprising insightsabound and the author includes an autobiographical essay chartingthe important currents in New Testament scholarship over the lastfifty years. The book also includes a translation of Q.

James M. Robinsonwas Emeritus Professor of New Testament at Claremont Graduate University and the Director of the Institute for Antiquity and Christianity. He was the editor of the Nag Hammadi Library and the author of numerous books.

He first became known for his New Quest of the Historical Jesus and (with John Cobb) the trilogy on New Frontiers in Theology: The Later Heidegger and Theology, The New Hermeneutic, and Theology as History. He edited for UNESCO The Facsimile Edition of the Nag Hammadi Codices, in eleven volumes accompanied by a one-volume English translation, The Nag Hammadi Library in English, and a critical edition, The Coptic Gnostic Library (in seventeen volumes).

As co-chair of an International Q Project co-sponsored by the Society of Biblical Literature and the Claremont Institute for Antiquity and Christianity, he edited (with John Kloppenborg and Paul Hoffmann) The Critical Edition of Q, a Hermeneia Supplement. He was also the editor of the Facets volume The Sayings of Jesus: The Sayings Gospel Q in English. Robinson was a past president of the Society of Biblical Literature.

▼▲
Who was Jesus, really? In these pages Robinson, one of the premier scholars of the New Testament and the Sayings Gospel Q, asks what we can know of Jesus from what many believe was the earliest written source behind the Gospels. Surprising insights abound and the author includes an autobiographical essay charting the important currents in New Testament scholarship over the last fifty years. The book also includes a translation of Q.

▼▲
I'm the author/artist and I want to review Jesus: According to the Earliest Witness.
Back
Back