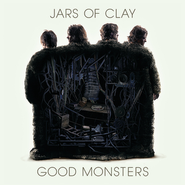 Browse
Refine by
Advanced Search Links
Editorial Reviews
* This product is available for purchase only in the USA.

PUTS THE ART IN RECORDING ARTIST

Before Jars of Clay was the Grammy-winning example of Christian music's potential to crack the cultural glass ceiling and the owner of the surprise crossover hit "Flood," suggesting the possibility that artfully crafted spiritual rock could play on the nation's airwaves, these guys were dreaming the dreams of college coffeehouse musicians. Their fortuitous mainstream radio hit not only jump-started the career of Jars of Clay, but the fluke success took an acoustic after-hours dorm jam sing-along at Greenville College and forced them to become a band in public.

Over the years, they've proven that they were up to the challenge. Clarity about where their strengths lay, a willingness to experiment and push the envelope by trying new things and a desire to remain true to themselves has served the Jars guys well. They balanced the need to grow and stretch with a core sense of artistic vision that holds on the band's newest disc- a recording that is unequivocally Jars' best work yet. In fact, Good Monsters is the most intelligent, musically appealing and conceptually framed Christian album that I've heard in quite some time.

While always successful in the Christian marketplace, Jars' singer Dan Haseltine's poetic inclinations here create a record that manages to touch the needs and longings of those on either side of the culture wars, addressing spiritual ideas in a way that speaks to but doesn't preach at someone who is seeking. Written in a post-Katrina world, water themes dominate. In a world where "no flood warnings" come, we all tread water and "Work" to breathe, but "There Is a River" that is also a source of healing and renewal, where "love will atone" and "we might find the place that we belong."

But the world is a broken place and anesthetized by self-love and apathy. We all have the potential to become "Good Monsters." A prophetic call to work to set "the world the way it should be" in the especially profound "Oh My God" reminds us that thirsty children and crying mothers are those Jesus called the "least of these," and they are our responsibility.

In strong artful, melodic alternative rock and numerous ballads, the band buttresses these bold suggestions with passion and genuine craft. Numerous musical references suggest that they continue to be influenced by bands like R.E.M. and the best of recent decades, but they never lose their own unique connection to the sounds. "Mirrors & Smoke," with Leigh Nash in duet, recalls a Johnny Cash/June Carter parlance from the roiling backbeat to the tension between one's hope and the world's reality.

Love is a verb; it's always work, Jars remind us. The broken places, the cracks in clay are places where the light can shine through, where hope can still surprise us, and awaken us from the opiate's debilitating silence so that real faith can live its work through us.

▼▲
I'm the author/artist and I want to review Good Monsters [Music Download].
Back
×