EARLY CHRISTMAS SALE: Shop over 900 items up to 85% off through 9/29 >
It Happens Every Spring - eBook
By: Catherine Palmer, Gary Chapman 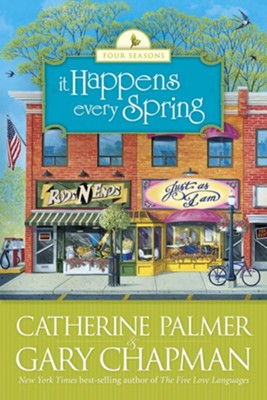 It Happens Every Spring - eBook

▼▲
Word travels fast at Patsy Pringle's Just As I Am beauty shop. So when a simple homeless man appears on Steve and Brenda Hansen's doorstep during a thunderstorm, the entire town is set abuzz, especially when Brenda lets him sleep on their porch. But that's not all the neighbors are talking about. Spring may be blooming outdoors, but an icy chill has settled over the Hansens' marriage. Steve is keeping late hours with clients at the country club, and the usually upbeat Brenda is feeling the absence of her husband and her college-age kids.

▼▲
I'm the author/artist and I want to review It Happens Every Spring - eBook.
Back
×
Back
×