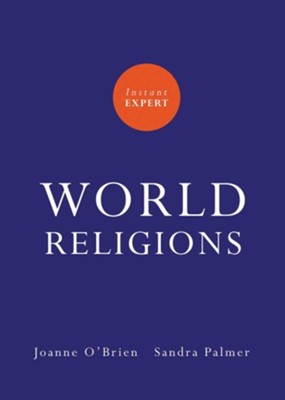 Religion plays a major role in nearly every community around the world, impacting people's beliefs, actions, politics, and ways of life perhaps more than any other factor. More than two-thirds of the world's people claim to follow a religion, and more than 4,000 religions exist around the world, resulting in a global religious population that is incredibly vast and diverse.

Instant Expert: World Religions offers readers a simple and inviting introduction to the histories and stories, beliefs and rituals, literature and festivals, and people and places of eleven significant and influential faiths. This is a valuable guide for quick reference, providing a glimpse into the Bahá'í Faith, Buddhism, Christianity, Daoism, Hinduism, Islam, Jainism, Judaism, Shinto, Sikhism, and Zoroastrianism. In just one hour, readers will gain greater understanding of the major practices and features of each religion, building an important awareness of varying belief systems around the world.

Instant Experts is a series of short, small-format books covering today's core religious topics. Each book is designed to give the reader all the essential information they need in an hour's read, offering a solid foundation for further conversation and study.

Joanne O’Brien has written numerous education and general reference books on world religions, including The Atlas of Religion and titles in the World Religions series on Islam, Hinduism, and more. She has also worked with the BBC on religious current affairs programs and historical documentaries.

Sandra Palmer was a senior lecturer in religious education at Manchester Metropolitan University for seventeen years. She is actively involved in interfaith dialogue and has written books and resources on teaching religious education.

▼▲
I'm the author/artist and I want to review Instant Expert: World Religions.
Back
×
Back
×