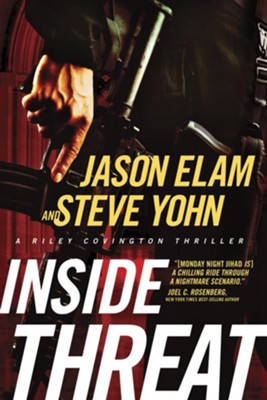 ▼▲
Military and NFL veteran Riley Covington can't sit on the sidelines when danger looms! When homegrown terrorists overrun the National Cathedral, taking senators, congressmen, and their aides---including Khadi Faroughi---hostage, Riley races to the rescue. Can he secure the captives' freedom before the beheading begins?

▼▲
I'm the author/artist and I want to review Inside Threat - eBook.
Back
Back