In The Land Of Sojourners
By: John Elsadai 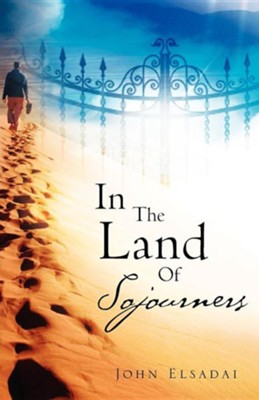 In The Land Of Sojourners

▼▲
In John Elsadai's In the Land of Sojourners, you will find the vision of an immigrant, the dream of an evangelist, the hope of a Christian, and the destiny of a sojourner. The fifty-two chapters are essentially fifty-two memorable devotional lessons with their spiritual and charismatic beauty.

▼▲
In the Land of Sojourners is made up of the thoughts and expressions of a Christian sojourner, traveling from the countryside around a village in southern India to the largely desert but oil-rich Middle East, and through the corridors of hills and valleys of the United States, on his way toward the Eternal City. The author watches generations come and go while observing from a mixed perspective of conservative and liberal cultures. In this book, you will find the vision of an immigrant, the dream of an evangelist, the hope of a Christian, and the destiny of a Sojourner. Once you start this book, you will not be able to stop reading until the end. The fifty-two chapters are essentially fifty-two memorable devotional lessons with their spiritual and charismatic beauty. John Elsadai, author of several books published in the languages of his native India, is well known among ethnic evangelical Christian communities. Most of his books are character studies of persons in the Bible, writings that expound on the moral culture that a Christian might pursue. Born into a Christian family in India, where majority populations are Hindu, John Elsadai was employed in the Middle East before he eventually migrated to the United States. He has a special talent for expressing his views and thoughts to his readers by way of examples and life experiences. Elsadai believes that any conflict in theology should be brought finally before the Cross of Christ, where it can be settled with prayer. He and his wife Elsy are parents of two daughters, Betsy Ann and Blessy Ann.

▼▲
I'm the author/artist and I want to review In The Land Of Sojourners.
Back
×