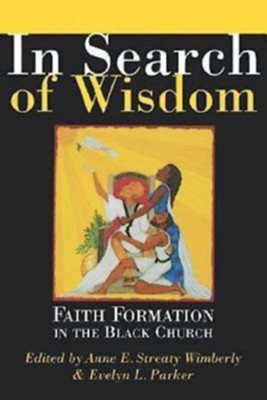 In Search of Wisdom - eBook

A guide for pastors, church leaders, and all who help African Americans in their search for a meaningful Christian lifestyle.

Forming Christians--leading fallen and flawed human beings into the path of discipleship to a crucified and risen Lord--is one of the central, if not the central, tasks of all Christian churches. It is a difficult enough task anywhere, but for African Americans, beset by racial conflict, personal crises, generational separation, and other concerns, it is especially so. African American churches must work particularly hard to counter the messages their members receive from the dominant and often unfriendly culture.

This book employs the biblical text and African tradition to draw on the idea of the search for wisdom as a potent way to help African Americans in their pursuit of genuine Christian discipleship. Wisdom in African American tradition is not simply knowledge; rather, it is those insights, attitudes, beliefs, behaviors,and practices that create and sustain a life of hope and that produce an inherent sense of the worth of one's self. If their members are to engage in the search for wisdom, African American churches must build an intentional ministry of faith formation. Wisdom can be gained, the authors argue, when African Americans listen to the black oral tradition with its proverbial sayings, revered Bible stories, songs, and narratives from the lives of exemplary individuals. The book offers several similar avenues for the search for wisdom, including helpful models of black males mentoring younger black males, as a remedy to the destructive effects that contemporary culture has on this segment of the African American community.

▼▲
Anne E. Streaty Wimberly is Professor of Christian Education at the Interdenominational and Theological Center in Atlanta, Georgia. She has 37 years of teaching experience and has been involved in music instruction in all age levels from preschool through graduate level.

▼▲
I'm the author/artist and I want to review In Search of Wisdom - eBook.
Back
Back