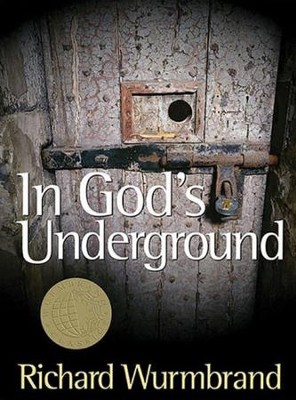 Imprisoned by the Romanian Communists for his work in the Christian Underground, and subjected to medieval torture, Wurmbrand kept his faith-and strengthened it. For fourteen years, he shared that faith with suffering cellmates and gave them solace. In solitary confinement, he tapped out his message of hope and Christian love. In Room Four, the "death room", he helped dying patients even though his lungs were riddled with tuberculosis and his body lacerated and bloody from whips and kicks. Anguished over the fate of his wife and son, he could still tell jokes and stories to make despairing prisoners laugh. Sorely tempted by the promise of release and reprieve, he refused to become a Communist collaborator.

And the miracle is that he survived.

With humble gratitude to God and Christ, he tells his personal story. It's an inspiring drama of triumphant faith.

▼▲
I'm the author/artist and I want to review In God's Underground - eBook.
Back
×
Back
×