AN Imperial Possession: Britain in the Roman Empire, 54 BC - AD 409 - eBook
By: David Mattingly 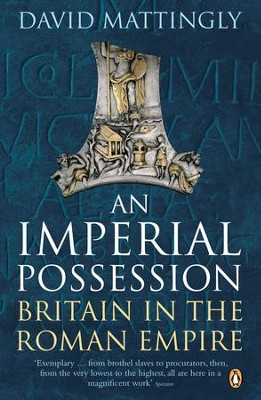 ▼▲
Part of the Penguin History of Britain series, An Imperial Possession is the first major narrative history of Roman Britain for a generation. David Mattingly draws on a wealth of new findings and knowledge to cut through the myths and misunderstandings that so commonly surround our beliefs about this period. From the rebellious chiefs and druids who led native British resistance, to the experiences of the Roman military leaders in this remote, dangerous outpost of Europe, this book explores the reality of life in occupied Britain within the context of the shifting fortunes of the Roman Empire.