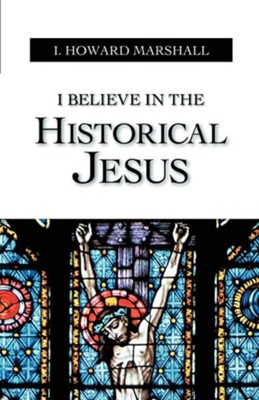 I Believe in the Historical Jesus

▼▲
Few would deny that a person named Jesus lived and died during the first century of this era. Yet opinions differ widely as to the reliability of the New Testament record of his life. In I Believe in the Historical Jesus, Marshall surveys the quest for the historical Jesus from the 19th century to the present, examines the methods used to extract historical information from the gospels, and investigates the role faith plays in a study of the life of Jesus. The gospel accounts of Jesus are reliable historically, not merely literary productions impossible to penetrate from an historical perspective, and Marshall's work is a ringing affirmation of belief in the historical Jesus. This edition includes a new epilogue and updated bibliography. I. Howard Marshall is Emeritus Professor of New Testament Exegesis and Honorary Research Professor at the University of Aberdeen, Scotland, where he supervises postgraduate students in their theological studies. Professor Marshall's area of research has been Luke-Acts, the Pastoral Epistles and the theology of New Testament writers.

▼▲
I'm the author/artist and I want to review I Believe in the Historical Jesus.
Back