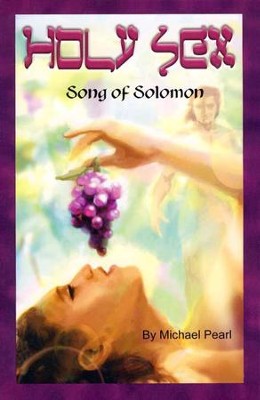 ▼▲
Introducing Michael and Debi Pearl Michael and Debi Pearl have been married since 1971. They have 5 children and 15 grandchildren. Between them they have authored 14 books and 8 booklets which combined have sold millions. Much of what they write deals with marriage, child training, and homeschooling. One of their recent books, Good and Evil (Bible stories in Marvel comic format), has been published into 25 languages with another 60 translations soon to be ready for press. The Pearl's also publish a 32 page bi-monthly magazine with a subscription of over 100,000. Needless to say they are prolific writers and public speakers. On another note, Michael is an inductee into the International Knife Throwers Hall of Fame and holds several world titles, including Gold Cup winner of 2008-9, long distance thrower of the year with a record all time high of hitting a four inch target at 63 feet, and he is the undisputed best tomahawk thrower of 2009, holding the world title. When he is not teaching the Bible or speaking to audiences on how to have a good marriage and obedient children he is teaching kids how to stick a bull's eye with a knife or hawk. Debi Pearl and husband Michael have 5 children and 15 grandchildren. Between them they have author 14 books and 8 booklets which combined have sold millions. Learn more about them and sign up for the No Greater Joy bi-monthly magazine at NoGreaterJoy.org.Debi Pearl grew up during the 1960s at the height of the hippie revolution and the Jesus Movement. The forced draft due to the Vietnam War brought a sense of eternity to the youth, provoking them to seriously consider their souls. It was a time of a great move of the Spirit of God. As a teenager, dressed in tie-dye tee shirt and long drooping peasant skirt, she stood on the highways and byways sharing the gospel and seeing miracle after miracle of God's amazing grace. She married her life mate, Michael Pearl, in 1971.

▼▲
I'm the author/artist and I want to review Holy Sex: Song of Solomon.
Back
×
Back
×