Skip to main content
Get Christmas Ready Sale — Over 1,000 deals thru 9/26!
History of the Society of the Sacred Mission
By: Alistair Mason
Stock No: WW3110795 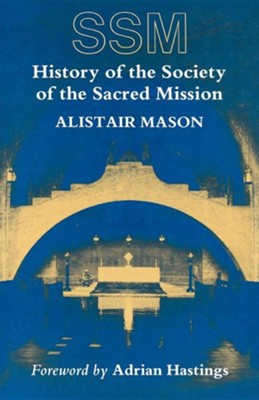 History of the Society of the Sacred Mission

▼▲
The Society of the Sacred Mission was founded in 1893 by Fr Herbert Kelly to provide lay-workers for the Korean mission field. Soon it turned to training priests, offering an inexpensive yet thoroughly professional road to ordination.
Kelham broke the class barriers fencing the Anglican ministry, and became the largest theological college in England. The students lived as part of a religious community, but this was no narrow Anglo-Catholicism. Fr Kelly and his students at the SCM camps at Baslow and Swanwick were ecumenical pioneers.
What made the difference was that Kelham, following Fr Kelly, took theology seriously, theology as a clue to the whole of human life. Their best-known member, Fr Gabriel Hebert, made liturgy and the Bible live for 20th century Christians, and continued Fr Kelly's ecumenism. The Society flourished in Australia, with a Kelham-down-under and many novices; there were provinces too in Asia and Africa.
Like other religious orders, SSM had a crisis in the 1960s and 1970s. Their colleges closed, and many members left. The Society adjusted to small priories, and a greater variety of work. It has gone back to pre-theological training and to inner London, where it began. This is the history of a Society trying to discover the will of God. How do we know what is God's will? As Fr Kelly said, 'You don't; and that's the giddy joke.'

▼▲
I'm the author/artist and I want to review History of the Society of the Sacred Mission.
Back