Skip to main content
The Hidden Man: An Unveiling of the Subconscious Mind
By: E.W. Kenyon
Stock No: WW234632 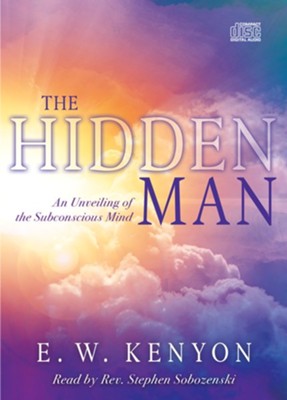 The Hidden Man: An Unveiling of the Subconscious Mind

▼▲
The Hidden Man by E.W. Kenyon, presented in this 6-CD audiobook, is a masterly unveiling of the deeper walk in the Spirit. "The hidden man of the heart" is the human spirit recreated in Christ. The only way to know God and the Lord Jesus Christ is through the spirit because that is how God imparts His messages to us. He unveils spiritual realities to our hidden man, and one of those vital messages is an understanding of our identity in Christ. It is of utmost importance that we understand who we are. Until we do, we can’t know the riches that belong to us and the abilities that are ours.

Faith, like wisdom, is a product of our spirit. Until our spirit gains the mastery over our senses, our faith will never be strong and vigorous. Faith is developed and wisdom is enriched as we meditate and act on the Word of God.

The secret of the divine life is to learn how to live in the spirit realm and how to have one’s lamp filled with the oil of heaven. This book will open new spiritual vistas and make the Word a thrilling reality for you!

▼▲
Dr. E. W. Kenyon (1867–1948) was born in Saratoga County, New York. At age nineteen, he preached his first sermon. He pastored several churches in New England and founded the Bethel Bible Institute in Spencer, Massachusetts. (The school later became the Providence Bible Institute when it was relocated to Providence, Rhode Island.) Kenyon served as an evangelist for over twenty years. In 1931, he became a pioneer in Christian radio on the Pacific Coast with his show Kenyon’s Church of the Air, where he earned the moniker "The Faith Builder." He also began the New Covenant Baptist Church in Seattle. In addition to his pastoral and radio ministries, Kenyon wrote extensively. Among his books are The Blood Covenant, In His Presence, Jesus the Healer, New Creation Realities, and Two Kinds of Righteousness.

▼▲
I'm the author/artist and I want to review The Hidden Man: An Unveiling of the Subconscious Mind.
Back
Back