Skip to main content
Hidden Christmas: The Surprising Truth Behind the Birth of Christ - eBook
By: Timothy Keller
Stock No: WW88014EB 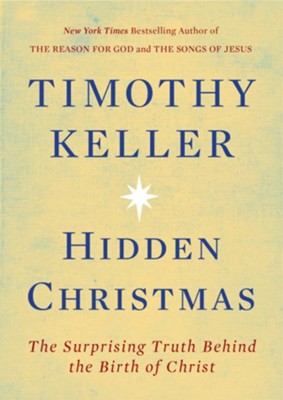 Hidden Christmas: The Surprising Truth Behind the Birth of Christ - eBook

In his new book, Hidden Christmas: The Surprising Truth Behind the Birth of Christ, pastor and New York Times bestelling author, Tim Keller guides readers through an illuminating journey into the surprising background of the Nativity story, a story that is a celebration of the advent of Jesus Christ, who came to save mankind and restore our humanity to how it was meant to be. This profoundly moving and intellectually provocative book unpacks the message of hope, redemption, and salvation hidden in the biblical account of Jesus' birth so that readers may experience the redeeming power of God's grace in a meaningful and deeper way.

▼▲
I'm the author/artist and I want to review Hidden Christmas: The Surprising Truth Behind the Birth of Christ - eBook.
Back
Back