Skip to main content
Get Christmas Ready Sale: Deals on over 1,150 titles thru 9/27.
Hidden Among the Stars, Softcover
By: Melanie Dobson
Stock No: WW417324 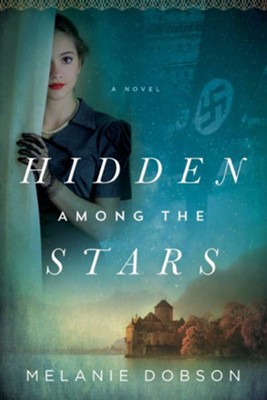 Hidden Among the Stars, Softcover

▼▲
The year is 1938, and as Hitler's troops sweep into Vienna, Austrian Max Dornbach promises to help his Jewish friends hide their most valuable possessions from the Nazis, smuggling them to his family's summer estate near the picturesque village of Hallstatt. He enlists the help of Annika Knopf, his childhood friend and the caretaker's daughter, who is eager to help the man she's loved her entire life. But when Max also brings Luzia Weiss, a young Jewish woman, to hide at the castle, it complicates Annika's feelings and puts their entire plan-even their very lives-in jeopardy. Especially when the Nazis come to scour the estate and find both Luzia and the treasure gone.

Eighty years later, Callie Randall is mostly content with her quiet life, running a bookstore with her sister and reaching out into the world through her blog. Then she finds a cryptic list in an old edition of Bambi that connects her to Annika's story . . . and maybe to the long-buried story of a dear friend. As she digs into the past, Callie must risk venturing outside the safe world she's built for a chance at answers, adventure, and maybe even new love.

▼▲
Dobson (Catching the Wind) delivers another era-hopping tale that pairs a contemporary sleuth with a secretive plot to escape the Nazis at the end of WWII. In 1938 Austria, overrun by Hitler’s Anschluss, Max Dornbach, now in his mid-20s, yearns for Jewish Luzi Weiss even as his childhood friend, Annika Knopf, yearns for him. Max’s family, for whom Annika’s father works, owns the massive Schloss Schwansee estate on Lake Hallstatt, deep in the Alps and far from Vienna, where Max spends most of his time. Luzi, a gifted violinist living in Vienna, becomes frightened that she will be executed as the Nazi march nears the capital. After promising his Jewish friends he would hide their possessions, Max convinces Annika, a woman of deep faith, to help him, but without revealing he also plans to hide Luzi—a decision that could get them all killed. Dobson intertwines their story with that of Callie Randall, co-owner of Magic Balloon Bookshop in Mount Vernon, Ohio, who receives a copy of Bambi with an inscription to Annika Knopf dated 1932. Along with a doctor who believes Nazi treasure is buried in Lake Hallstatt, the two embark on a journey to uncover what happened to Annika, and on the way discover the full history of Max, Luzi, and the sprawling estate where they lived. This exciting tale will please fans of time-jump inspirational fiction.

▼▲
I'm the author/artist and I want to review Hidden Among the Stars, Softcover.
Back
Back