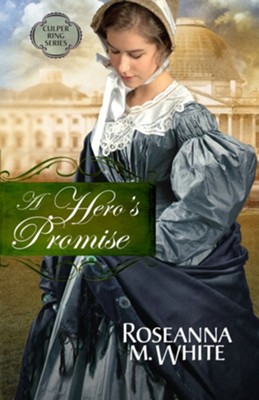 
Twenty-year-old Julienne Lane eagerly awaits the return of her fiance and naval officer, Jack Arnaud, but she has not been idle. She and her best friend, Freeda Payne, have been working hard to support the abolitionist movement. Their efforts have been clouded in secrecy, but when Freeda shows up in Julienne's cellar with a runaway slave, the need for secrets becomes imperative. When Jack returns home, will Julienne threaten his career in the Navy by including him in their plans, or will she hide news of the slave from him and put his trust to the test? Moreover, why does her fiance appear to be hiding a secret of his own?

Despite a harrowing tour of duty in the North Atlantic, Jack's hopes for rest and recuperation are put on hold. His wedding to Julienne is in two days, but a more pressing matter comes to his attention from his associates in the Culper Ring. Should he ask his beautiful fiancee to postpone the wedding for the third time in two years? How will he and the Culper Ring foil the malicious plans they have uncovered? And why does Julienne blush so brightly when he asks her about the cellar?

The clock is ticking. Danger looms. Can justice prevail? Will their love survive?