Skip to main content
Her Every Move
By: Kelly Irvin
Stock No: WW231905 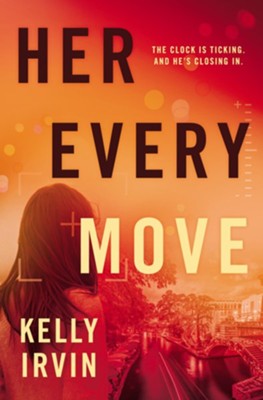 ▼▲
When a deadly bomb goes off during a climate change debate, librarian and event coordinator Jackie Santoro becomes the prime suspect---but she's innocent! Detective Avery Wick believes she planned the crime to avenge the death of her prominent father. Even when an extremist group claims responsibility, he's still suspicious. Can Jackie clear her name? 352 pages, softcover from Nelson.

He’s a cop trying to stop a serial bomber. And she’ll stop at nothing to clear her own name.

When a deadly bomb goes off during a climate change debate, librarian and event coordinator Jackie Santoro becomes the prime suspect. Her motive, according to Detective Avery Wick: to avenge the suicide of her prominent father, who was accused of crimes by a city councilman attending the event.

Though Avery has doubts about Jackie’s guilt, he can’t exonerate her even after an extremist group takes responsibility for the bombing and continues to attack San Antonio’s treasured public spaces.

As Jackie tries to hold her shattered family together, she has no choice but to proceed with plans for the Caterina Ball, the library system’s biggest annual fundraiser. But she also fears the event provides the perfect opportunity for the bomber to strike again.

Despite their mistrust, Jackie and Avery join forces to unmask the truth—before the death toll mounts even higher.

Bestseller Kelly Irvin is back with a nail-biting romantic suspense where nothing is certain until the very last page.

Praise for Her Every Move:

"A gripping story that will have you on the edge of your seat until ’The End.’"—Patricia Bradley, author of The Logan Point Series, Memphis Cold Case Novels, Natchez Trace Parkway Rangers series

'. . . A heartwarming exploration of faith and friendship.' -- BookPage

▼▲
I'm the author/artist and I want to review Her Every Move.
Back
Back