Skip to main content
Get Christmas Ready Sale: Deals on over 1,150 titles thru 9/27.
Her Daughter's Dream - eBook
By: Francine Rivers
Stock No: WW19649EB 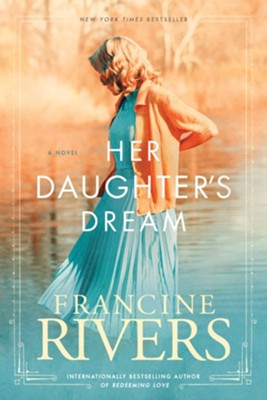 ▼▲
In the dramatic conclusion to Her Mother's Hope, the Cold War has begun and Carolyn is struggling to navigate her shifting family landscape and the changing times. With her mother, Hildemara, away in a tuberculosis sanatorium, Carolyn develops a special bond with her Oma Marta. But when Hildie returns, tensions between she and Marta escalate, and Carolyn feels she is to blame. College offers the chance to find herself, but a family tragedy shatters her independence. Rather than return home, she cuts all ties and disappears into the heady culture of San Francisco. When she reemerges two years later, more lost than ever, only her family can help rebuild a life for her and her daughter, May Flower Dawn. Just like Carolyn, May Flower Dawn develops a closer bond with her grandmother, Hildie, than with her mother, causing yet another rift between generations. But as Dawn struggles to avoid the mistakes of those who went before her, she vows that somehow, she will be a bridge between her mother and grandmother rather than the wall that separates them forever. Spanning the 1950s to the present day, Her Daughter's Dream is the final chapter of an unforgettable epic family saga about the sacrifices every mother makes for her daughter-and the very nature of unconditional love.

▼▲
The concluding part of a multigenerational saga by Rivers (Her Mother's Hope) extends to the present day a family story that ultimately includes five generations of women. As the tale opens in the 1950s, Hildemara, a nurse, and her daughter, Carolyn, perpetuate a pattern of secret keeping, a communication failure that also characterized Hildie's relationship with her mother, the Swiss-born, ambitious Marta. The conflict and social experimentation of the 1960s draw Carolyn away from her family, and the cycle of family dysfunction repeats itself as Carolyn gives birth to and raises her own daughter, May Flower Dawn, who in her turn grows up and marries, hoping not to repeat the familial past. Rivers has written another page-turner, yet the sequel is not as successful as the earlier novel, which centered around the compelling character of Marta and took time to narrate events and make subordinate characters interesting. Nonetheless, this heartfelt and sweeping saga is as ambitious as its central matriarch and will sell well. (Sept. 14) Copyright 2010 Reed Business Information.

▼▲
I'm the author/artist and I want to review Her Daughter's Dream - eBook.
Back
Back