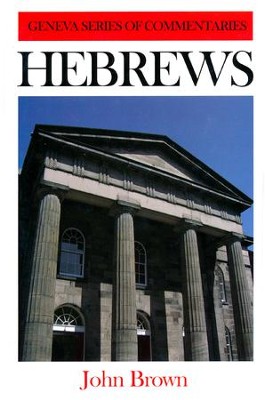 ▼▲
Commentaries generally belong to one of two categories. Either they aim at a devotional thoroughness which lays no great emphasis on the exact meaning of individual words, or they concentrate on such a detailed examination of the text that the spirit and power of the book is largely lost. Among the few commentators who stand between these two positions is Dr. John Brown of Edinburgh (1784-1858). By seeking to develop a style of exposition that was both edifying to his congregation and valuable to his divinity students, he produced commentaries which, in the words of Dr. William Cunningham, 'formed a marked era in the history of Scriptural interpretation'. Not behind the foremost contemporary scholars in his emphasis on correct exegesis, he nevertheless sought not only that the minds of his readers might be brought 'into immediate contact with the mind of the Spirit' but that their whole being might be resigned to 'the empire of the Word of God.' With such a standard it is not surprising the C. H. Spurgeon found Dr. Brown, 'a great expositor, always deep, full and overflowing. Utilizes some Greek, but mostly in the notes. Passage by passage format. Brown works from the original languages. John Brown was a gifted scholar and preacher of Edinburgh (1784-1858).

▼▲
I'm the author/artist and I want to review Hebrews: Geneva Commentary Series.
Back
Back