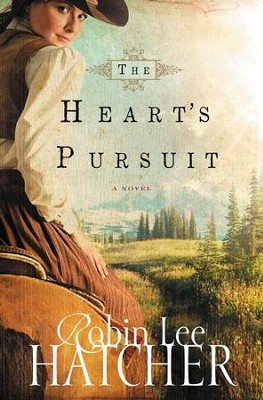 ▼▲
Seeking revenge against the man who jilted her and stole her family's fortune, Colorado beauty Silver Matlock joins forces with rugged bounty hunter Jared Newman. Both want justice, but neither wholly trusts the other---in spite of their growing attraction. Will a shocking revelation bring them closer to capturing their cunning---and deadly---quarry?

A Colorado beauty abandoned at the altar. A rugged bounty hunter haunted by his past. In this dramatic historical novel by best-selling author Robin Lee Hatcher, two wounded hearts join forces in a pursuit across the Old West.

Silver Matlock is a Colorado beauty in search of revenge against the man who stranded her at the altar and fled with the remnant of her family's fortune. She is determined to find the man who betrayed her trust.

Jared Newman, rugged as the West itself, is relentless in his pursuit of lawless men—but unable to escape his own tragic past. Hardened by his life as a bounty hunter, he must learn to forgive before he loses his soul.

Joining forces, the two set out in search of Silver's betrayer. The handsome but embittered Jared finds himself powerfully drawn to the beautiful woman whose drive for justice equals his own. But lack of honesty keeps Silver and Jared from fully trusting each other, even as a shocking revelation intensifies their pursuit of the cunning—and deadly—quarry.

▼▲
I'm the author/artist and I want to review Heart's Pursuit.
Back