Handbook for Liturgical Studies Volume 1: Introduction to the Liturgy
By: Anscar Chupungco 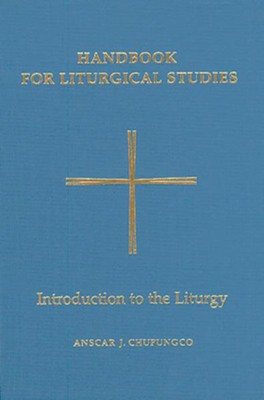 Handbook for Liturgical Studies Volume 1: Introduction to the Liturgy

▼▲
The Handbook for Liturgical Studies provides a complete course of liturgical studies in five volumes. It is offered as a model, source, and reference for students of liturgy and liturgical ministry.

The Handbook for Liturgical Studies is marked by the following traits which differentiate it from its predecessor Anamnesis, published by the Pontifical Liturgical Institute. First, the subjects in the liturgical ordo, history, and tradition are examined as sources and components of the theology of liturgy. Next, the Handbook pays significant attention to the role played by the human sciences in the liturgy (psycho-sociology, anthropology, linguistics, and the arts.) Pastoral and spiritual considerations receive appropriate treatment in light of liturgical principles, and general models based on the meaning and purpose of the liturgy are suggested. Finally, the materials of the East and the non-Roman West are integrated with the Roman, providing a comprehensive vision of Christian worship.

The editor's goal through these volumes is for students to pay attention to the gradual unfolding of the material from Volume One to Volume Five as well as to the methodology, historical setting, theological and spiritual doctrines, and the pastoral concerns in the Handbook. Through the study of these volumes, readers are led not only to a scientific understanding of the liturgy but also to an active and spiritually fruitful participation in the ecclesial celebration of Christ's mystery desired by the Second Vatican Council.

Volume I: Introduction to the Liturgy will be followed by Volume II: Fundamental Liturgy, Volume III: The Eucharist, Volume IV: Sacraments and Sacramentals, and Volume V: Liturgical Time and Space.

Anscar J. Chupungco, O.S.B., is the director of the Paul VI Institute of Liturgy in the Philippines and professor of liturgical inculturation at the Pontifical Liturgical Institute in Rome.

More than forty authors from Asia, Africa, Latin America, North America, and Eastern and Western Europe have contributed to the Handbook. Many are professors and graduates of the Pontifical Liturgical Institute in Rome. Each author, while drawing material from liturgical tradition and from ancient, medieval, and modern sources, writes also from a particular research and personal interest in a subject. Although diverse in style, the authors collectively express a spirit of fidelity to the Church, to its doctrine and tradition, and to its mission. The result is a cohesive view of the meaning, purpose, and celebration of Christian worship.

▼▲
I'm the author/artist and I want to review Handbook for Liturgical Studies Volume 1: Introduction to the Liturgy.
Back
×