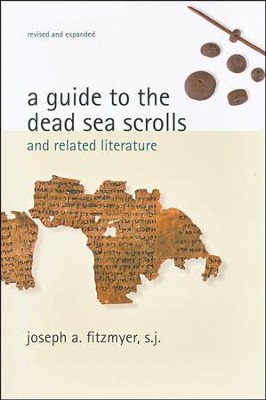 A Guide to the Dead Sea Scrolls and Related Literature

▼▲
Many scholars wishing to consult a specific text in the Dead Sea Scrolls encounter a very specific difficulty: finding where it has been published. The scrolls are found in many publications, especially in the 39 volumes of the series ???Discoveries in the Judean Desert.??? Here they are not published in any systematic way, but in the order in which they were ready for publication.

Joseph Fitzmyer seeks to remedy that situation. His A Guide to the Dead Sea Scrolls and Related Literature starts by explaining the conventional system of abbreviations for the Scrolls. Then it helpfully lists specifically where readers can find each of the scrolls and fragmentary texts from the eleven caves of Qumran and all the related sites.

Fitzmyer supplies information on tools of study helpful for scholars ? concordances, dictionaries, translations, outlines of longer texts, and more ? and briefly indications electronic resources for the study of the Dead Sea Scrolls.

This winning guide makes navigating the sprawl of scrolls and information much more straightforward.

▼▲
I'm the author/artist and I want to review A Guide to the Dead Sea Scrolls and Related Literature.
Back
Back